I've been a fan of home workout tapes for long enough to have lists of top workout videos by decade (Note: Cindy Crawford's original Shape Your Body workout still holds up and has a great soundtrack). This was a real highlight week for my little hobby because I got my hands on the original BUNS OF STEEL on DVD! I wore out my VHS copy years ago and have since moved on to the new wave of hardcore ironman chest-bumping workout videos of the BeachBody variety.

If you don't know, the original Buns of Steel video, features Greg Smithey who I believe was a pro pole vaulter (hence the expertise in bunz?) and fitness expert.

When the workout started rolling it was like no time had passed since I had hung out with my old friend. I remembered every move and awesome thing Smithey says.  He is so pleasant and encouraging. He uses lots of ooooooooohs and ha has and that's supers. 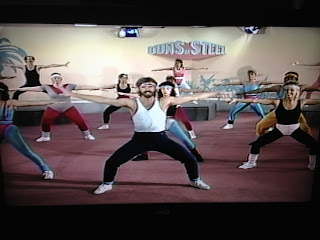 Look at these time-tested moves! 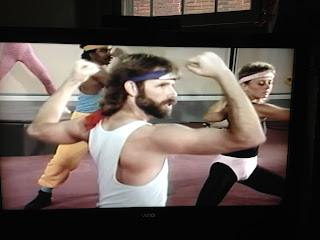 On this viewing I noticed that the woman in the front over to the left side of the screen was like totally lost and uncoordinated. She kept drifting off to the side and her body was turned the wrong way. 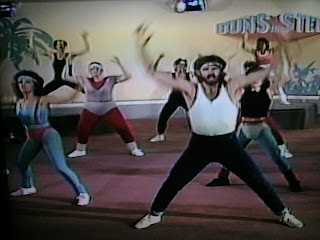 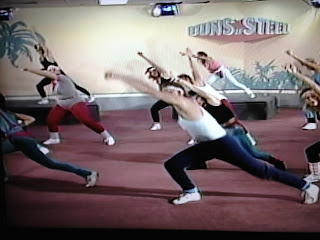 What are you doing with your arms? 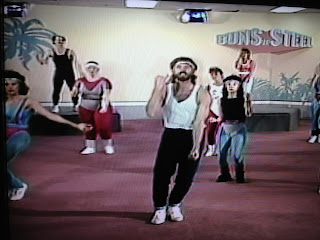 At this point she is practically facing the side wall with her arms stretched out while everyone else is doing air-bicep curls and then something happens - she isn't even in the next group shots.

If you have done this workout you will remember some of the key fitness extras. Like this lady who I always imagined was a high-powered Wall Street exec who was as put together in real life as she was on the "featured fitness performer" platform here: 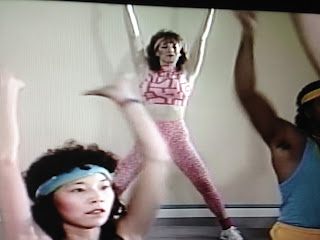 I miss videos that took time out to check your heart rate. No one even cares about heart rates anymore.

Right here is where Smithey says, "haha these are called freestyle shoulder rolls." 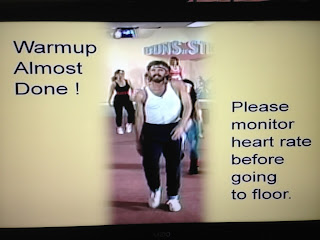 This 80's voluptuous lady is featured prominently for her squigle-tard: 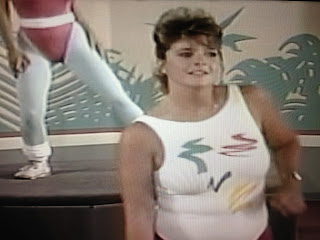 Another thing I miss is the variety of bods they had in the 80s and 90s (think original Tae-bo and early TurboJam) workout videos - that was probably a trend started by Richard Simmons. Most of the videos I use now pretty much exclusively feature super-fit people sweating behind the instructor. NONE of these people, not even Smithey himself, would last through round one of Insanity. For one thing: they are wearing way too many items of clothing and far too many layers of stockings.

Well, maybe this guy could make it in Shaun T's world. I always thought he was one of Smithey's pole-vaulting friends: 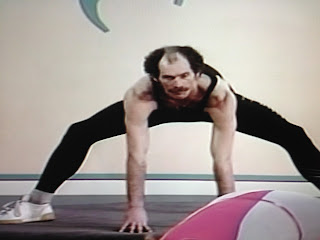 Back in the 80s you didn't have to use weights to work out your arm muscles. Too much work! He does a ton of these flexy arm movements where you just move your arms around and hope your muscles get the idea: 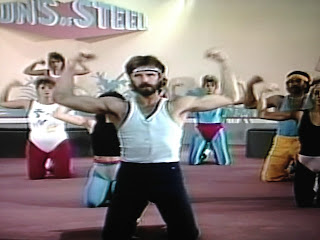 (note the confused lady isn't in the frame any more)

Another one of my favorite dudes - love the yellow and turquoise. Even guys wore scrunch socks back then: 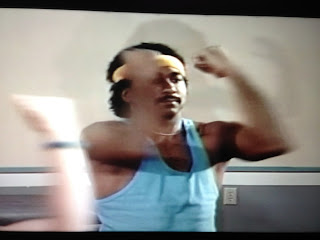 The forgotten benefits of the ISOMETRIC HOLD! 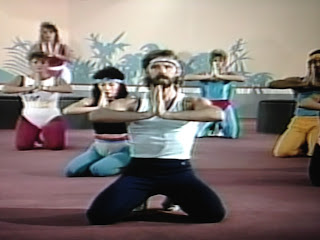 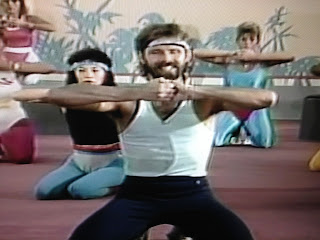 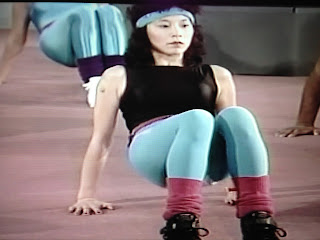 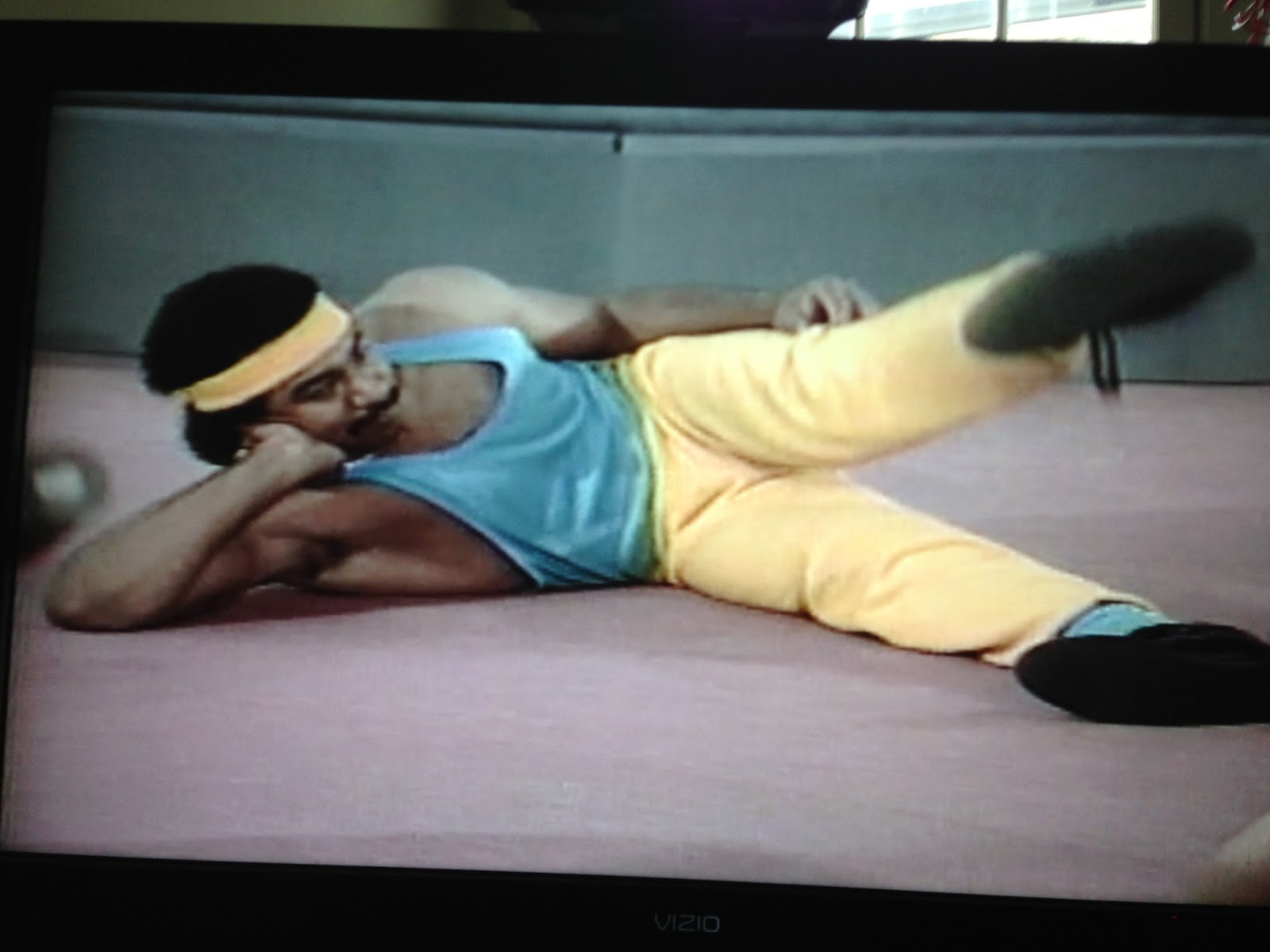 While workout vids now that feature screaming drill sargents like Jillian Michaels and Shaun T are really popular, I think we have forgotten that fitness, aerobics, used to be almost a leisurely activity: leotard ONLY. You could not do P90X in those shiny tights and legwarmers.

In fact Smithey repeats the phrase "Easy, easy does it" several times throughout the video. And unlike the "extras" in an Insanity or TurboFire video that are competing for screen time by growling sweating and otherwise spazzing out, the people in Smithey's class keep pleasant, relaxed smiles and barely sweat. 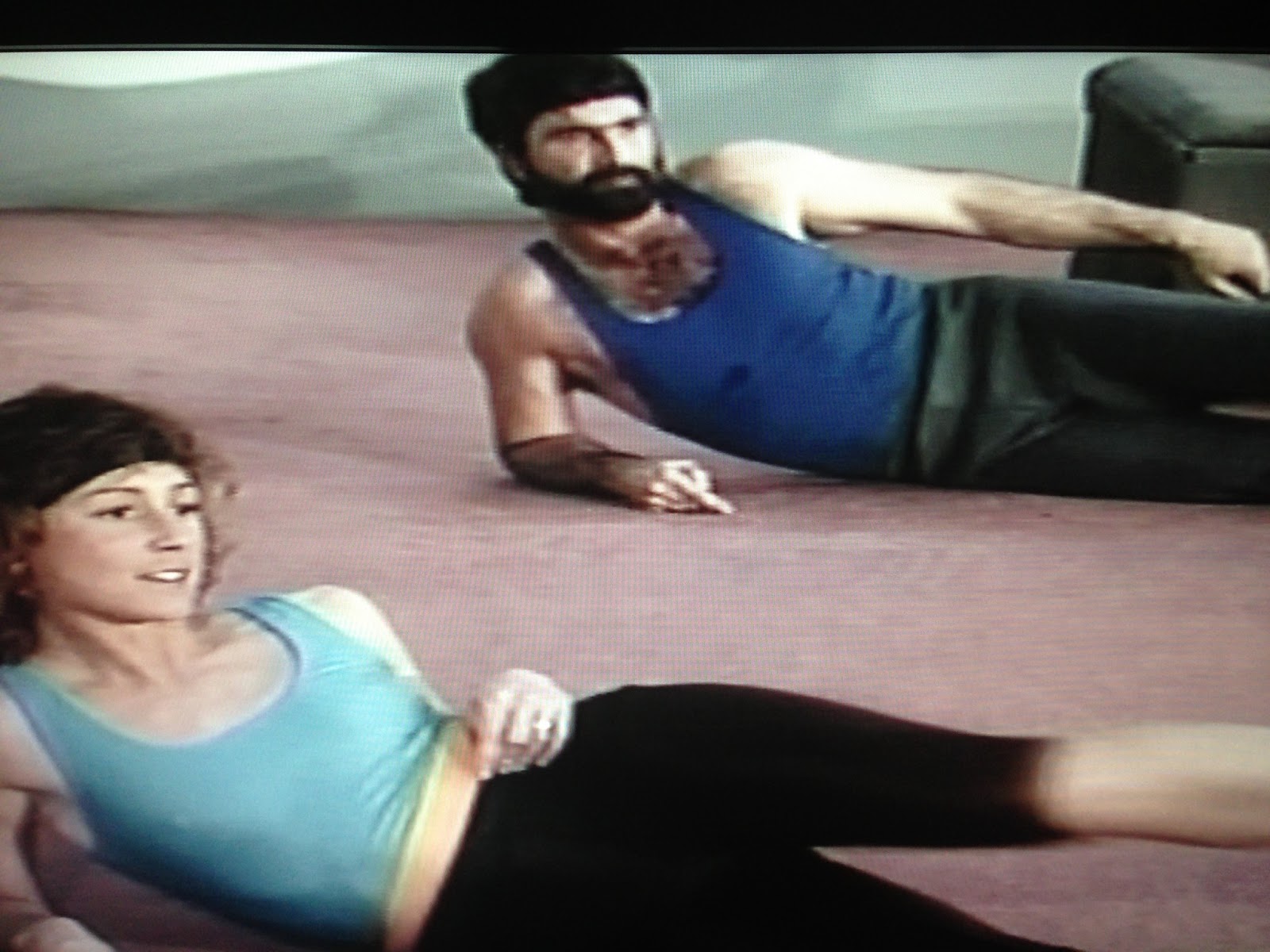 And this was one of the toughest bun workouts of the time! (And the floor work is still pretty tough.) 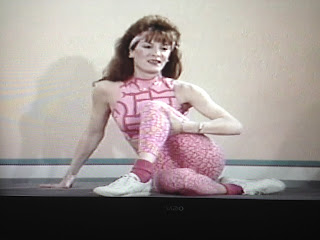 They let the confused woman back in after giving her more specific directions. She appears during the second set of the hip routine: 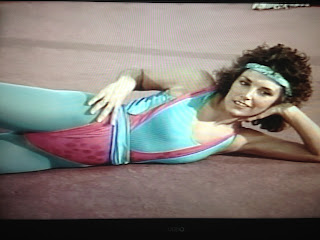 Some highlights from Smithey's words of encouragement during the floor work:

"We're going someplace! We are not just sitting around, we're trying to look good - for the people we love and the people we don't even know yet."

"Feel that wonderful feeling. You know something is happening down there. You'll feel a rebirth, a bun rebirth."

"Concentrate on those buns! People are gonna see you coming and they are gonna notice you going. [DRAMATIC PAUSE and laugh.]They are going to say who was that lady with the beautiful buns?"

And of course the classic:
"Squeeze those cheeseburgers out of those hips. And those french fries. And carrot cake" 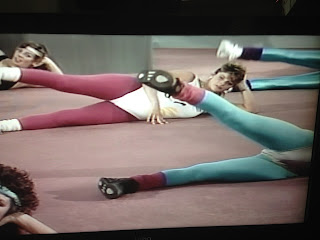 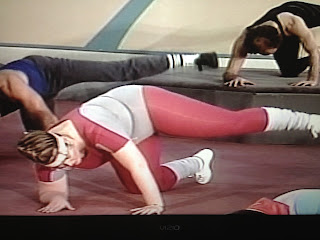 Tan and bodacious! And again, totally chilling in her thong-back leotard. 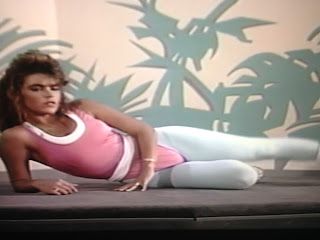 More relaxing at the end of the workout: 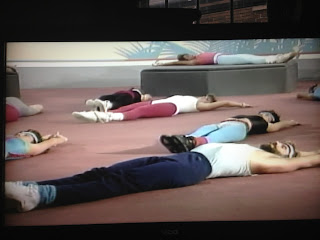 My imagined story about the Wall Street woman was crushed when I learned that this magnificent piece of fitness history was created in Anchorage, Alaska! 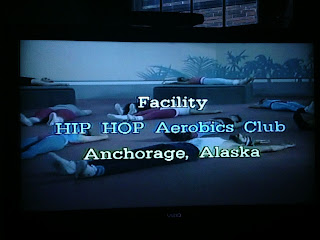 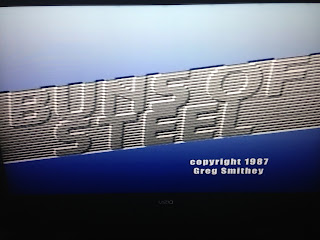 Anyone else remember this or have a favorite workout video?

I do remember this quite well. In fact, Greg and I were roommates for a short time after I was divorced. He was always an insane fitness guy and never thought about anything else. He'd get up in the morning at around 8, do aerobics all day until around about 10pm, the start it all over again the next day. A good friend of mine worked for him at the Hip Hop Clubs in Anchorage & Eagle River. He talked about making this video, and I'm glad it's being re-released. It's I lost my VHS tape a long time ago (not that I have anything left to play it on anyway...). Awesome to find such a great fan!!