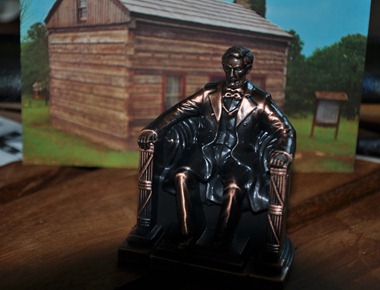 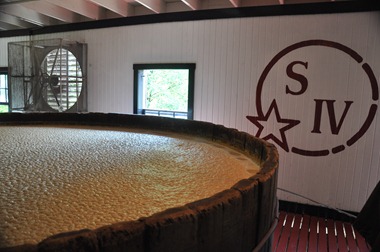 B bought me that Lincoln pencil sharpener on our trip, I bought the Lincoln Cabin postcard (coming soon to my parent’s mailbox). I stuck my finger in that vat of yeasty fermenting alcohol and nearly passed out when I tasted it. It was 90 Kentucky degrees outside and we were too close to the steam heat and still left-over-sick from a greasy spoon breakfast in Bardstown, KY.  I would do it again just to have the right to be able to walk up to someone ordering a Maker’s Mark and say, “You like that? I had my finger in that six years ago.”

Some of the best scenery on the trip was what I call the Whiskey Prisons. Because the big ol moldy barrel aging warehouses look a lot like the medium security penitentiary where I teach. I also have it on good authority that there is fermenting, aging booze in both places. 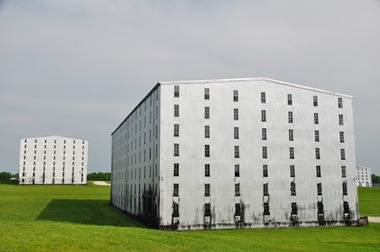 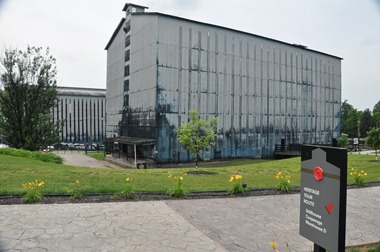 Lock Me Up in a Bourbon Bunker.   That’s the title of my new hit song. More tunes to follow. Bourbon is a singer’s drink.

For those of you confused about the aforementioned MOLD: All distilleries “inspire” this kind of black mold around the site – the buildings and surrounding fences and trees turn black. It is quite lovely looking and the tour guides try to tell you that it is harmless – although I had just read THIS article in wired and I was a little skeptical.  I wasn’t about to run off the property before the tasting though.

Been Busy With The Colonel 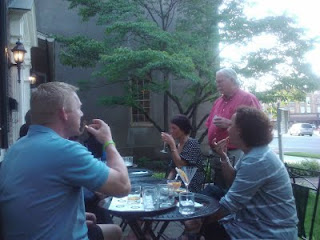 Bourbon sampling is very hard work. It's not for mambypambies.

TTYL (check the tumblr whilst I'm away) 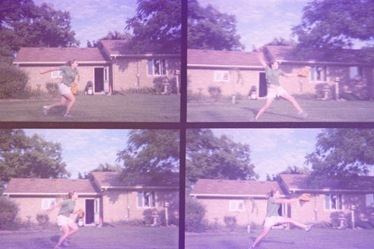 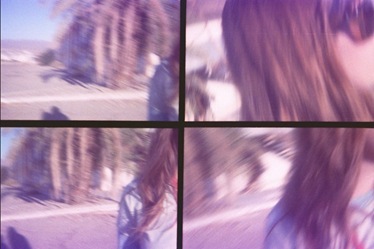 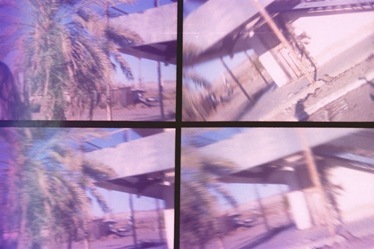 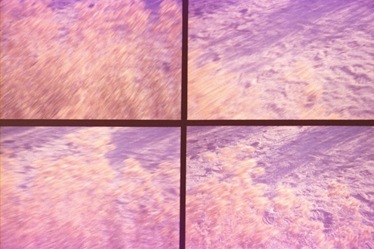 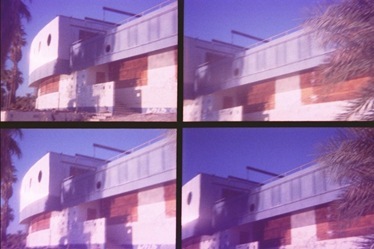 Got these pics back a few days ago from a couple rolls that were quite old – one came back with nearly all blank frames. I especially like the ones from the quad camera. I could color correct them but that would be a shame. I prefer everything to look like it is in the desert, even if it’s my sister practicing her fast-pitch in the back yard of a Michigan small town home.  (Other photos are from the Salton Sea)

Things I Tried to Fix With Krazy Glue 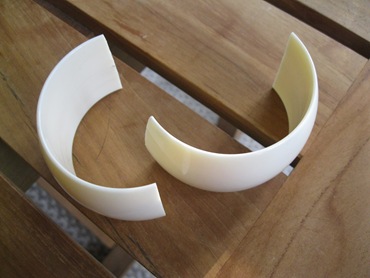 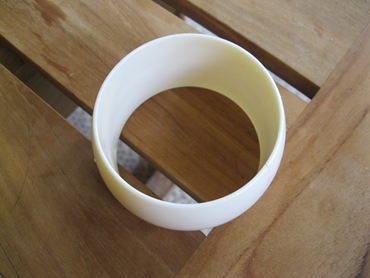 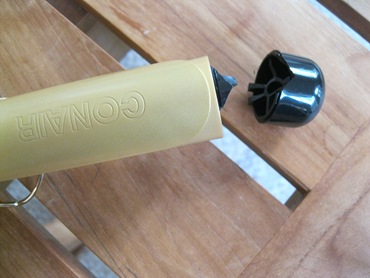 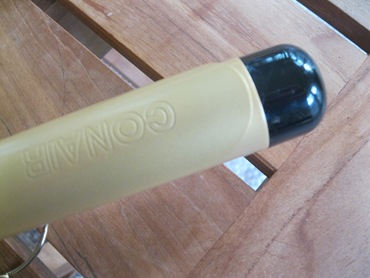 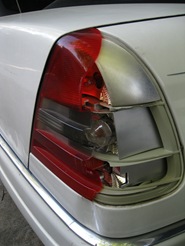 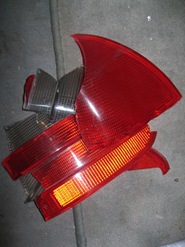 I need to know where to get colored cellophane and duct tape. I can’t afford a car repair until the 1th of next month. 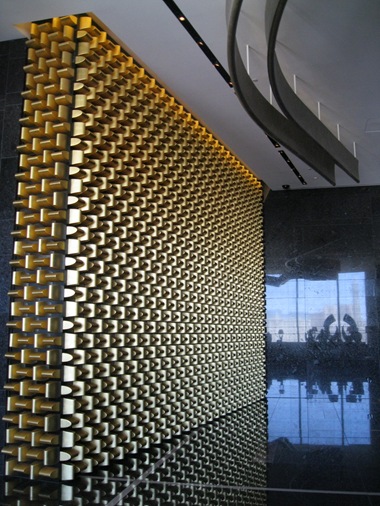 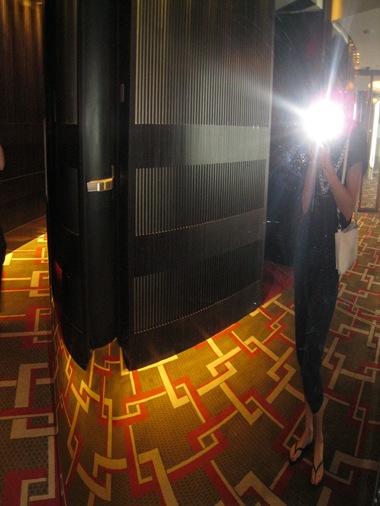 We are back. I got sick but not before getting ill! Really, I’ve been out of commission for two whole days, drowning in my own sickness and having sweaty daydreams of the weekend blur.  Did I really see a greasy German in a blue speedo try to pick up a perfect stranger by eating an apple six inches from her face? No words. Just fruit: the international language of sexy time.

My cab driver to the airport told me a story about how his ex-girlfriend was from Detroit, well actually Bloomfield but she acted like she was from the center of the damned city – she had a lot of ghetto in her. Well anyway this chick had a run of bad luck: a drive-by that wrecked her car and gave her a closed head injury, year of migraines, a lost job, a sister who committed suicide…she took it all out on him until one day he lost it and that’s when she called the cops and Nevada doesn’t take domestic shit lightly so he lost his job at the Wynn and had to drive a cab. This was just two weeks ago and ever since he has been driving the 12 to 12 shift (that is midnight to noon). Most of his runs are from the strip clubs which is crazy because he has to hear all kinds of stories about the stuff that goes on there. It is always guys coming out of the clubs really late and really mad that they got taken for all kinds of money. “But she bought me drinks and gave me her phone number!” The cabbie shook his head, “They don’t know these girls are smiling at them cuz it’s their job! And a lot of them [the guys] are from NEW YORK… I just don’t understand.”    Why? I think that explains everything. 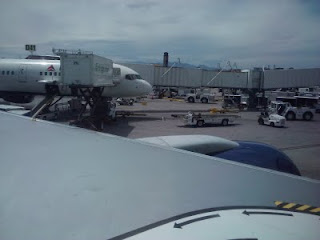 Listening to two fellas behind me discuss their hopes for Palin in 2012.

I'm obviously headed back to the south. 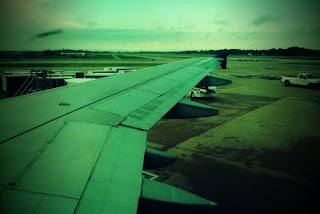 I’ve recovered from jetlag sure - who wouldn’t after a week being back in the office (and I am known – or want to be known - for not unpacking or recovering from trips for days, weeks, months and even years), but it took a few days longer than anticipated to recover from what I call the Sephora Lip-plumper Tester Incident. A terrible event that left my mouth attractively pouty (swollen) on the outside and burning with the fire juice of a thousand bhut jolokias on the inside - for days. Days!! I tried everything from vitamin E caps to transmission fluid to counteract the irritation. I would have rather had on of those in-office blow-torch treatments you can get in the OC.

I am here though, really back in Memphis. Not out west. I’m surrounded by enough water to put out any kind of accidental lip-plumping fire, but we (here in midtown) are not exactly under water. The national news is making it sound like the entire city is tippy-toed on rooftops, breathing through straws while crafting rafts from twigs.

Although I should be out helping fill sandbags…maybe it is the flooding river to blame for me reading lots of Twain and suffering from severe River Phoenix nostalgia, I watched The Thing Called Love last night and I believe River could have been the rich man’s Leonardo DiCaprio.

The chickflick 90s fest will continue as long as B is out of town. I’m now watching Less Than Zero which reminds me of the short-lived
Lipstick Jungle series starring Brooke Shields and Andrew McCarthy. I have only a few regrets in this life and one of them is not lobbying NBC to keep that show on the air! It all comes back to lipstick, no?

Teens-in-shoulderpads is such a I-borrowed-this-from-my-mom-for-the-recital look. It is aspirational and yet embarrassing. That is why Less Than Zero is so successful. It is all about young people performing borrowed-mature-lifestyles. What was entertainment in the past is now just a sad reality now. Sigh.

Have I even mentioned that I had a great trip to San Francisco? Have I mentioned how many people recommended The Slanted Door as THE place to eat? At least a dozen. Is there a conspiracy? Has no one ever had just regular good ol’ mom and pop Vietnamese food? I was expecting an actual private jet (made of cool lettuce and vermicelli noodles) to Vietnam and I just got some bland bean cakes served by a tall woman with an unappetizingly masculine haircut who let us know she disapproved of our order by saying, “sounds a little light.” Save your money and take the boat to Alcatraz. 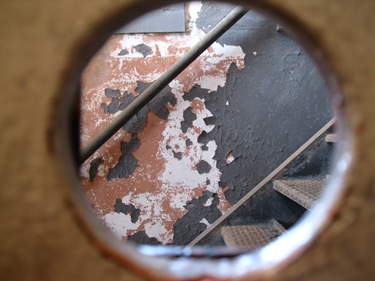 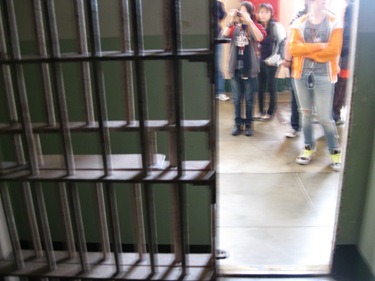 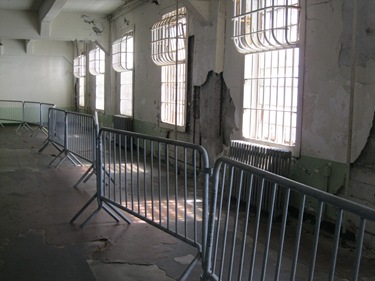 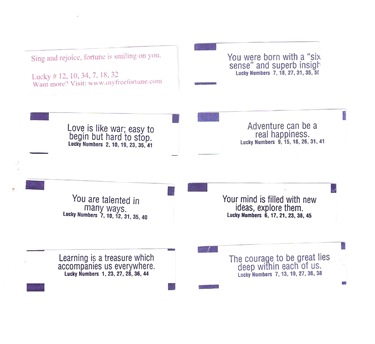 Finally went through my 2010 receipts (i like to do my taxes when I feel like it). I found 30 lottery tickets, half as many tickets to baseball games, and some fortunes. 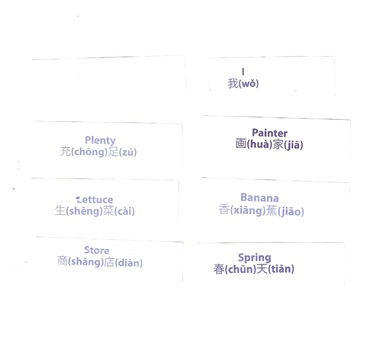 The real message was on the backs of the little slips: Plenty lettuce store. I painter banana spring.

On My Way Home 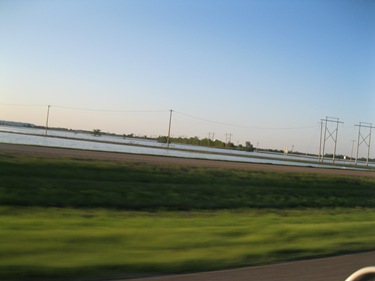 Tonight: Side of the highway in Arkansas coming back from my last class this semester. Water (from the flooding riv’) everywhere! 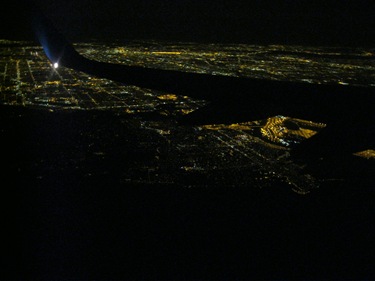 The other night/morning: Los Angeles at 2am. Lights (from the flooding people) everywhere!

I’ll be back after I finish grading some papes.