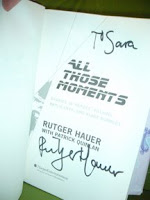 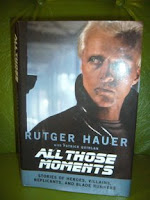 To be a master giftgiver is to achieve a status higher than the pope or the president or the Boston Red Sox.

PJ gave me the greatest gift ever this evening. I was so stoked I could barely concentrate on "Street Kings" but I managed. I do think the film would have been much improved had they cast Rutger instead of Keanu as the lead cop with a dead wife. It also might have been better had they not let the craft services people write the script. Between "Street Kings" and "21" I have seen possibly the worst screenwriting in the history of screenwriting. I mean I've seen episodes of "Guiding Light" that had more continuity and believability. Its maddening knowing how many writers there are that could have done a better job in a first draft than what ended up on screen. I'm not going to get mad though, I'm going to get busy. Busy writing my own street script. "Blind Fury" meets "Drumline" with a "Coach Carter" twist - get ready for it.
sprung by S K at 4/15/2008